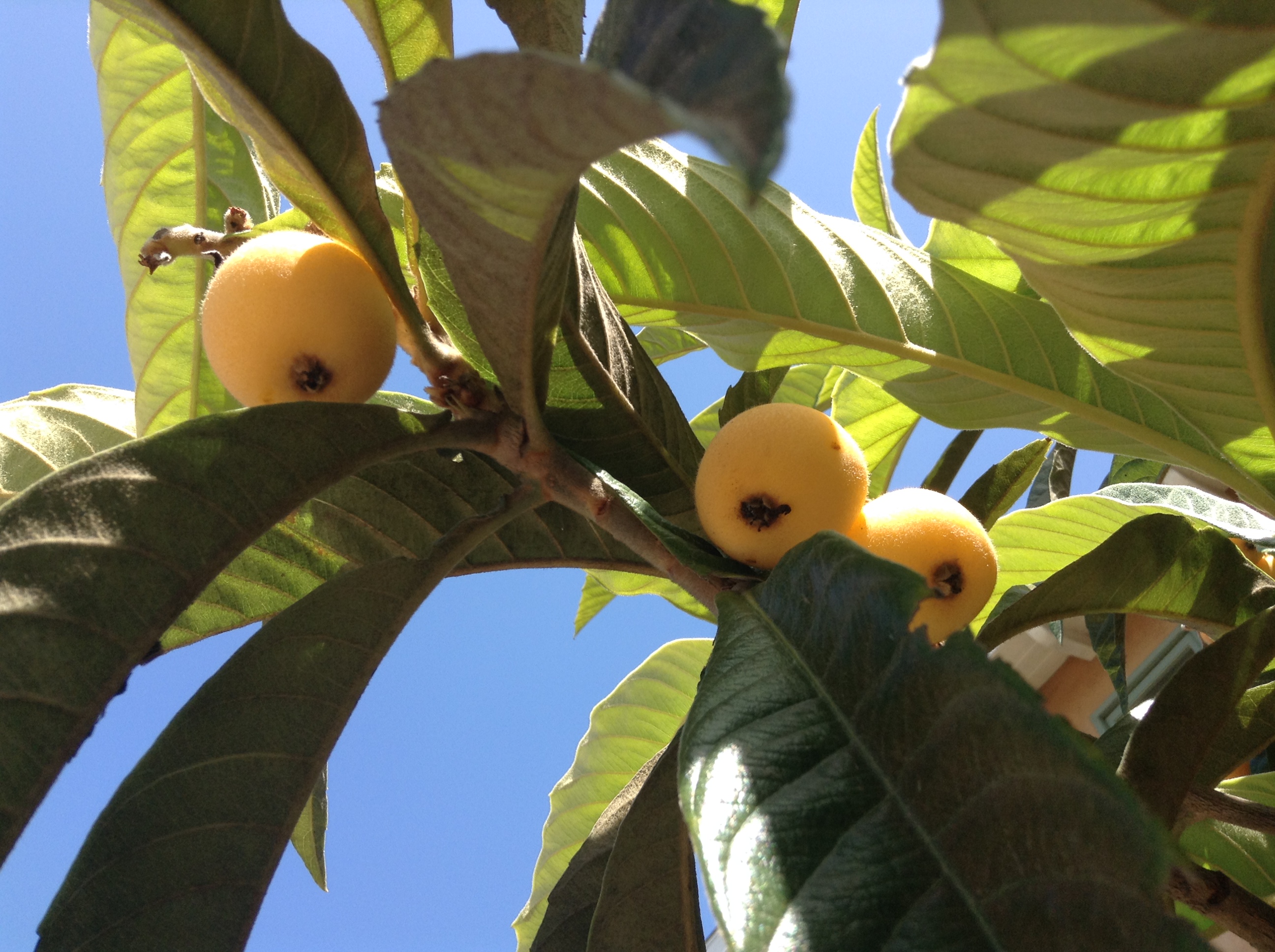 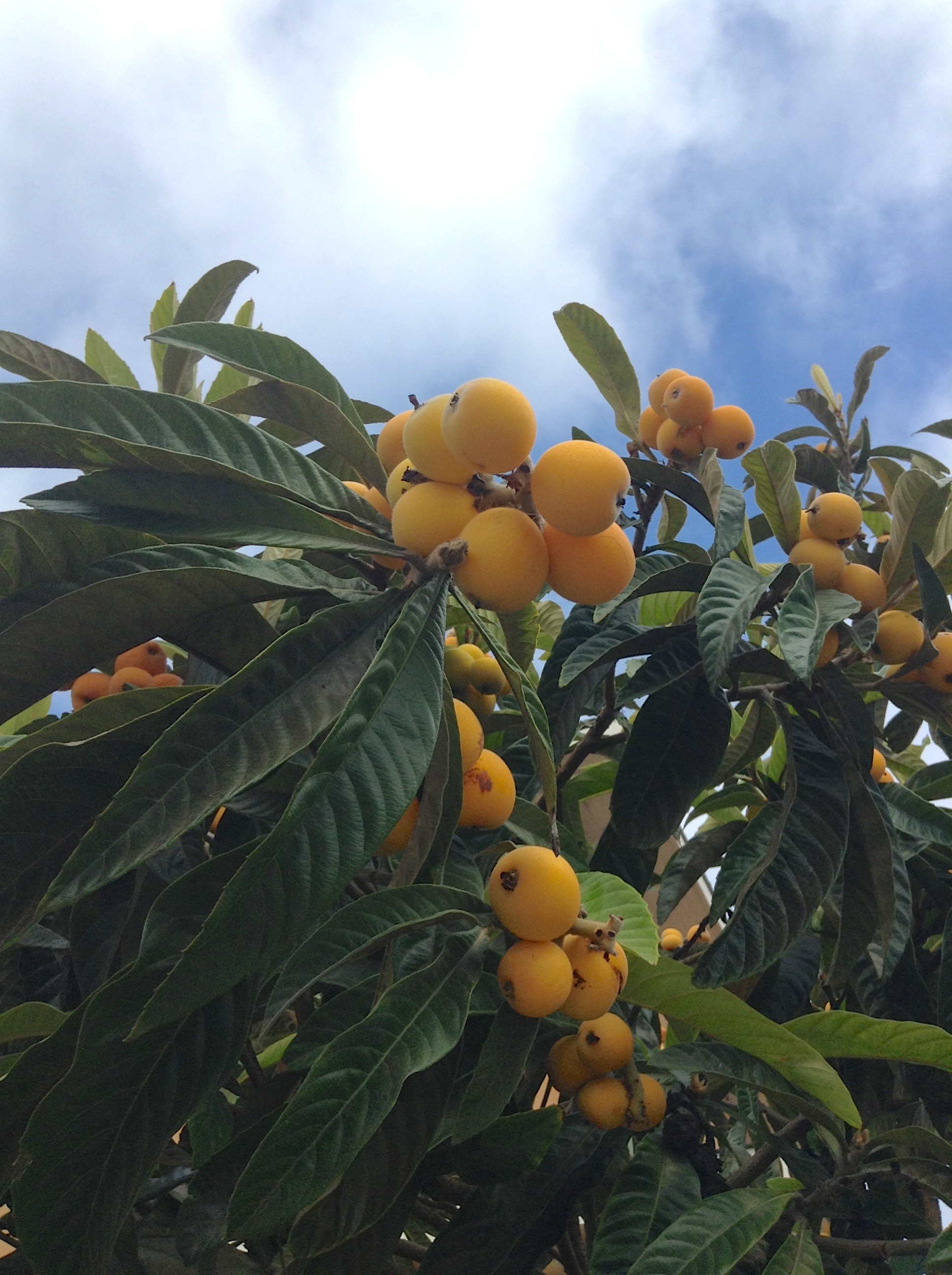 It’s spring here in San Diego. The sky is blue, the temperatures are nudging eighty degrees, and I am working hard to come up with all the ways we can eat our loquats before they shrivel into black hairy clumps.

I realize that there may be those reading these words who are dealing with highs of forty degrees, mud, losing the bulbs they just planted to woodchucks. There are those too who haven’t seen the sun or blue skies for more than a minute since last fall. And there are those who will have absolutely no idea what a loquat is or why anyone would want to eat one.

I occupied all of those groups at one point. These days, I not only know what a loquat is but I love the fruit from our particular loquat tree. How could I not? It came to us nearly twelve years ago, a bare stick poking out of a little black pot half-full of dirt. It was a time of beginnings for us. I was a transplant and my husband was rediscovering all the things he’d loved and missed about California. He still speaks of his time in New Jersey (where we met) as “doing time.” That first spring, he was striding around a local home and garden show with a smile of a man who knows he will never feel snow sliding down his neck again.

We almost passed the tree on our way to our car after seeing all we’d come to see. The folks of the local chapter of the California Rare Fruit Growers Association were packing their truck to head home. We bought a fig tree (another stick in a pot) and then my husband told them he loved loquats. Apparently not many people tell them that. They threw in the loquat for free.

“What’s a loquat?” I asked my husband as we carried our foundlings home.

“I used to pick them with my grandfather. I ate them right off the tree.”

That was all he needed to tell me. The loquat was like the wild rapini he and his grandfather would pick every Sunday back in the California of the forties and fifties, or the prickly pears that reminded his grandfather of Italy. The loquat was wrapped up in all the memories of being with a grandfather he loved and knew, for a time, better than his father who was away at war when my husband was born.

We waited nine years to pick a loquat off our tree and now they arrive every February or so. When someone asks me to describe a loquat, I struggle.

It looks like it started out to be an apricot and then changed its mind. It’s a little fuzzy like a peach. There is a sweet, spicy, sometimes a tiny-bit lemony taste when it’s at its peak. Loquats start to shrink within an hour or two of being picked which is one reason they aren’t grown for commercial use here. Another reason is that four or five pits form the core of each one, competing with the fleshy, juicy fruit for space inside the skin. The upside of this is that you can eat a lot of loquats before you’ve filled up.

There is no dignified way to eat them. Juice runs down your chin, between your fingers. The pits, smooth and glossy as stones in a brook, fill your cheeks. You must spit them out and there is no polite way to do this. If you are outside, of course, this is no big deal. My neighbor, for example, loves to practice her aim. Her husband, who is usually her target, does not appreciate this.

If you are inside, though, here is a look at how to enjoy a loquat fresh off the tree, along with some wonderful links to resources, recipes, and all kinds of factoids that will allow you to vicariously enjoy the loquat. I encourage you to check them out although the closest I will probably come to doing anything with a loquat other than eating it fresh off the tree is freezing it, skins and all. You can take them out one at a time. It’s like eating a bit of spring all year long.

How To Eat A Loquat

Step 1: pick and wash (although when I’m outside, I just brush it against my shirt and stick the whole thing in my mouth, spitting out pits and skin later. It isn’t pretty but it tastes great.) 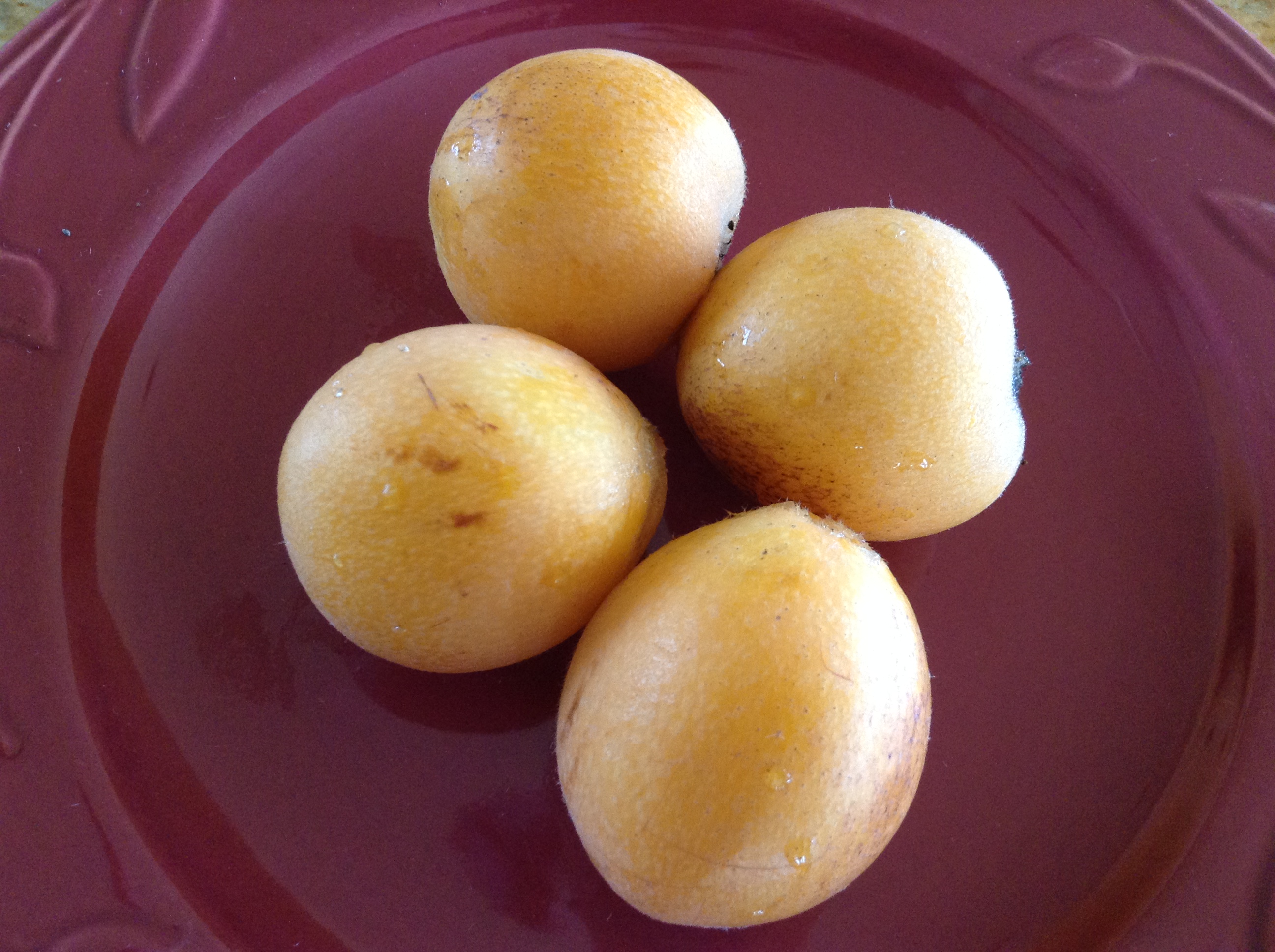 Step 2: Peel back the skin so the globe of fruit is revealed. 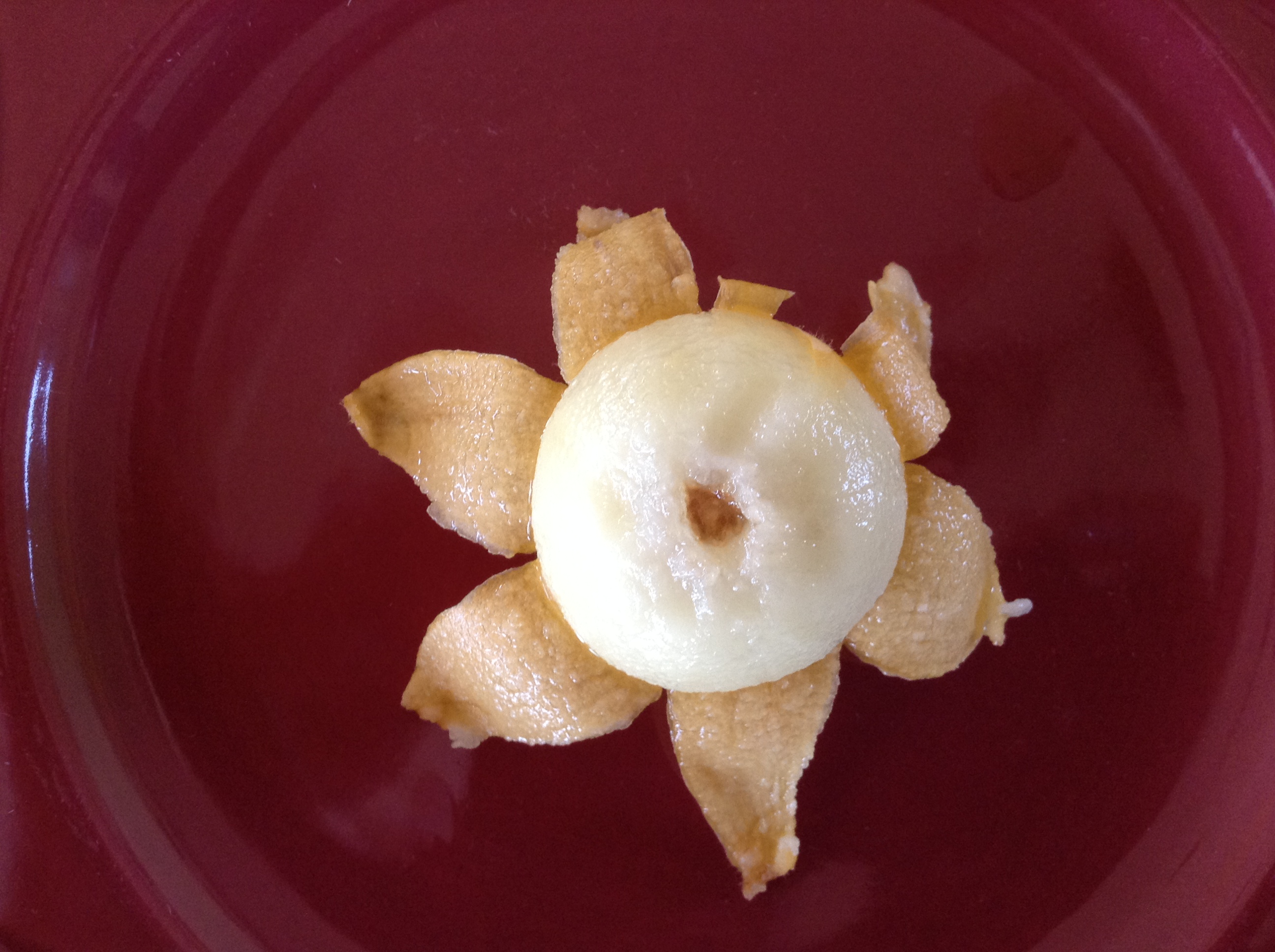 Step 3: Toss skin and admire the perfection of the naked loquat. 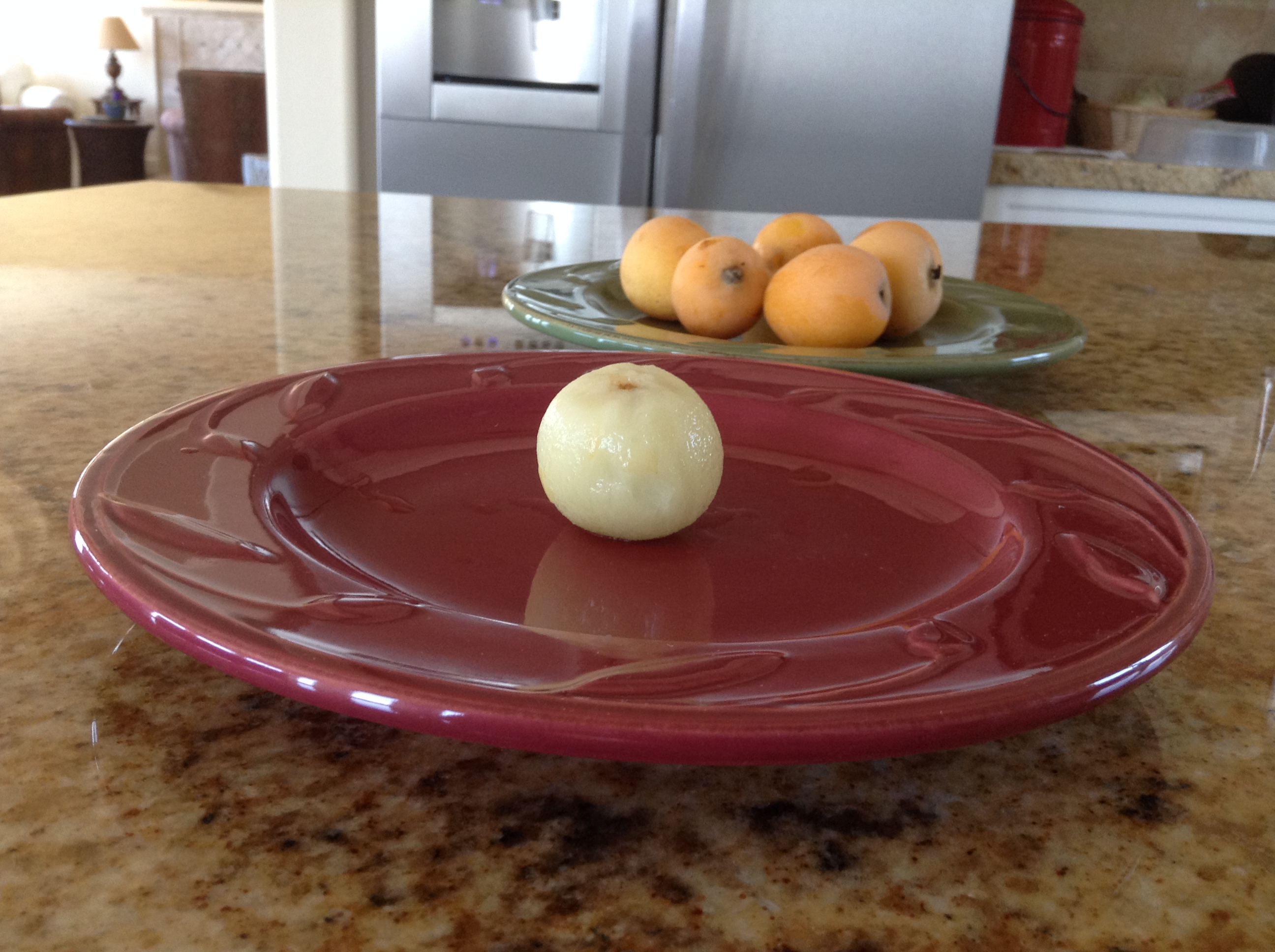 Step 4: Take a bite from one side and then work around in a circle until all the fruit is in your mouth and the pits are tumbling from your checks like quarters from a one-armed bandit. 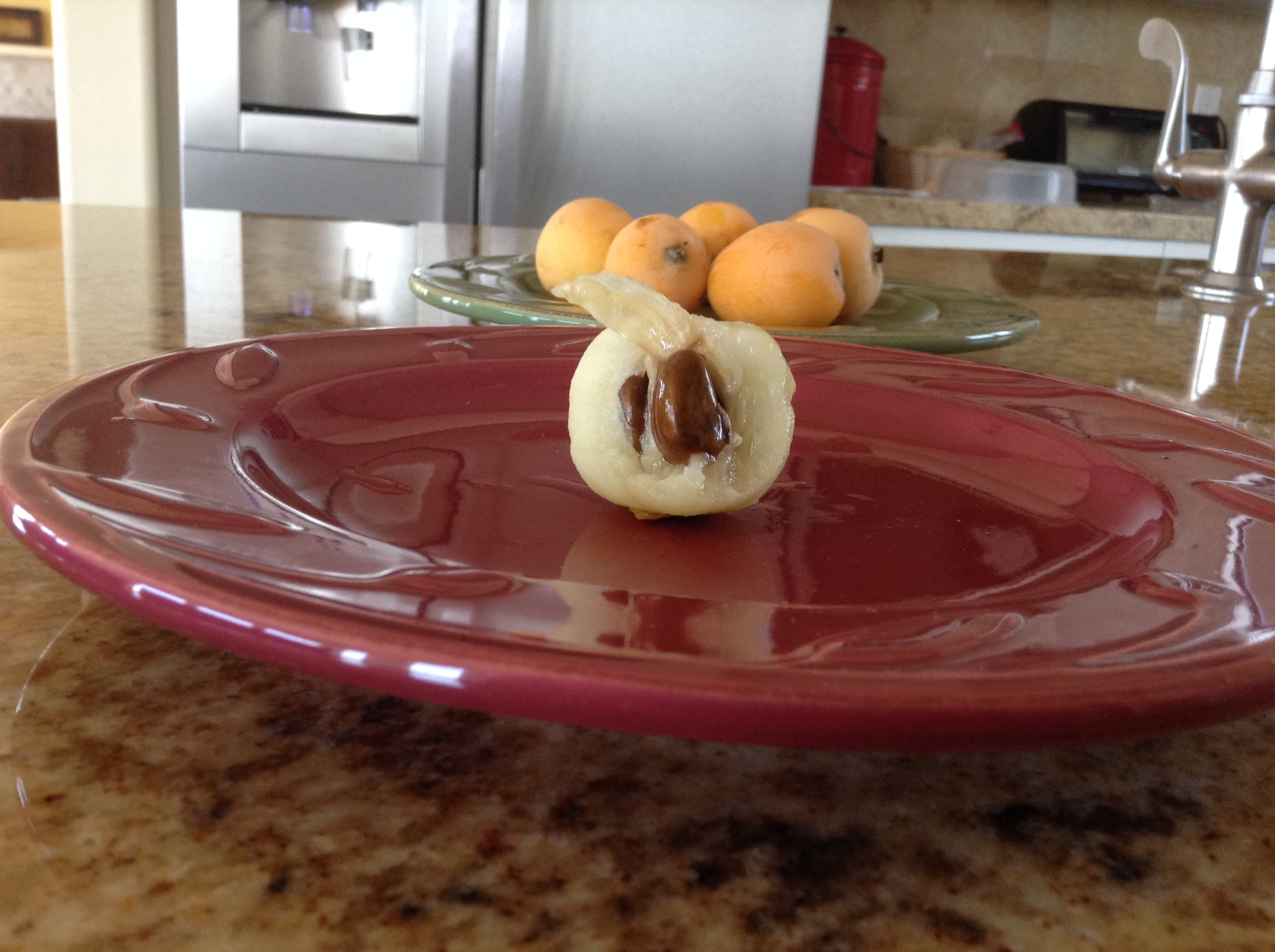 If you’d like to try it out on a frozen loquat, go ahead. When you are ready to enjoy them, take a couple out of the bag you’ve stashed in the freezer. Let sit for five minutes or less. Peel as instructed above and enjoy. The great thing about the frozen loquat is that the flavor bursts through in an icy explosion that immediately makes you want more. 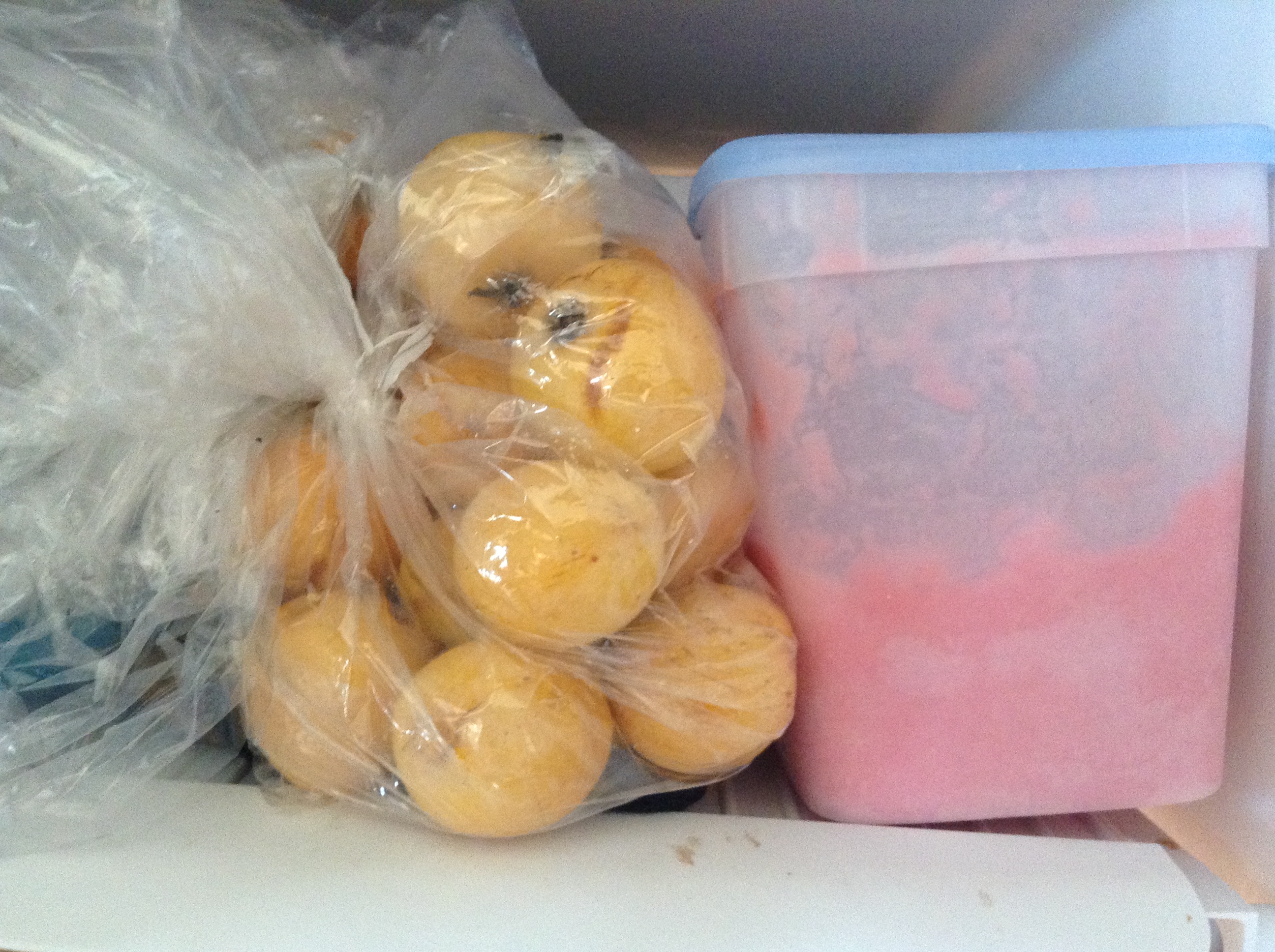 For the uninitiated, loquats have nothing to do with kumquats which is a citrus.

According to UC Davis, the loquat in SoCal is usually just there to look good but they haven’t eaten the fruit from ours!  http://fruitsandnuts.ucdavis.edu/dsadditions/Loquat_Fact_Sheet/

There is actually a site called Loquat World! And in addition to all things loquat, it provides some interesting recipes.

Pour all of the vodka or rum in a gallon jar and then fill it up with peeled loquats. I cut out the bloom end to expose the seeds. Let the mixture sit for 2 to 3 months and then strain off the loquats. Mix equal parts of the Liquor with simple syrup, e.g. 1 cup alcohol and 1 cup simple syrup.

14 Comments on “How to Love a Loquat”