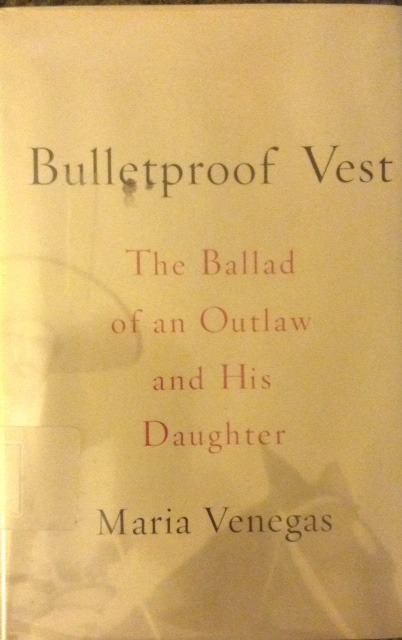 I love reading them, so now I’m joining the #SundaySentence party started by David Abrams over at the Quivering Pen and on Twitter. It’s not a review. It’s not a story. It’s just one sentence I read this week, presented “out of context and without commentary.

This week’s Sunday Sentence is from Maria Venegas’ “Bulletproof Vest, The Ballad of an Outlaw and His Daughter,” one of the most compelling memoirs I’ve ever read. How does a daughter make peace with the man who left her and who has killed so many, including including her mother’s beloved brother? She doesn’t know. She just goes to Mexico to find him and to discover what is possible.

“He looks at me, and his eyes look almost green against the red veins. There is a deeply rooted sorrow in them, and I can’t help but think that perhaps his anguish is the sum of all the pain he has caused.”