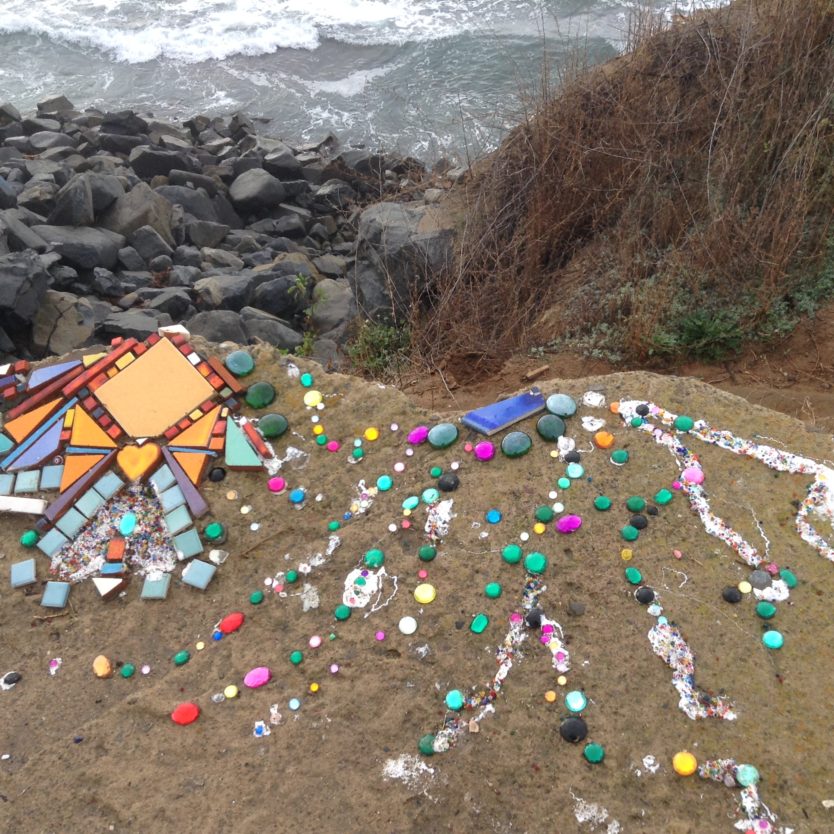 “Home is everything you can walk to.”

― Rebecca Solnit, Storming the Gates of Paradise: Landscapes for Politics 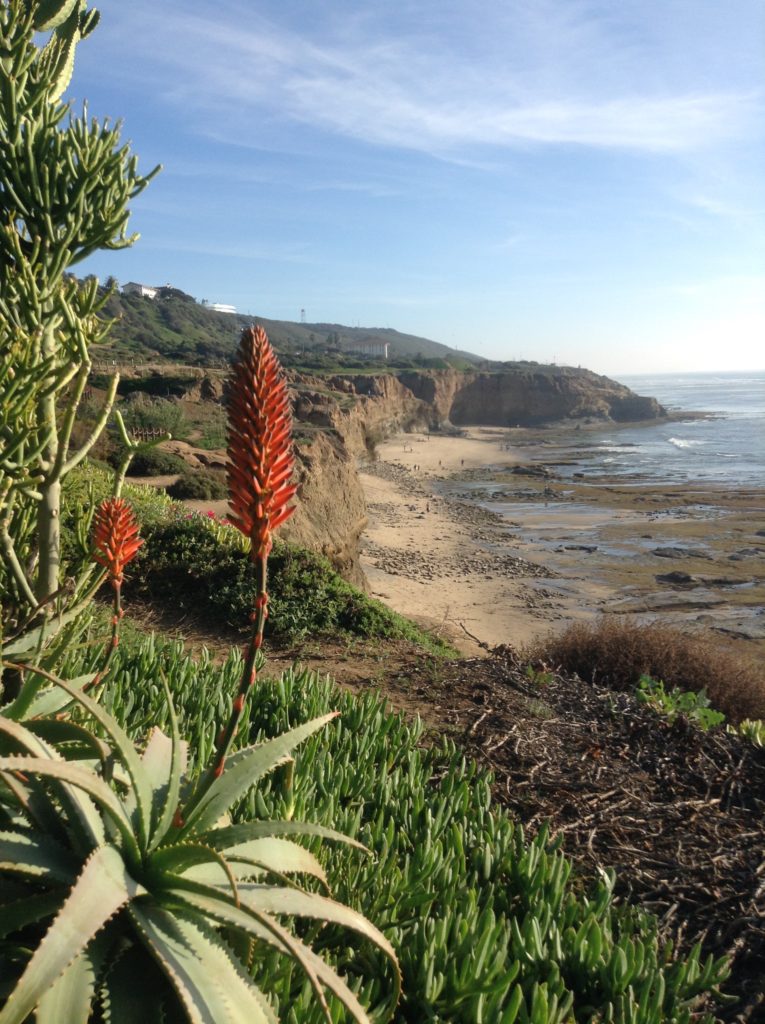 On February 7 I sat down for the tenth time to write a blog post about my walks. I consulted my photos. I consulted my notes. Then I consulted the tally I’ve been keeping (or trying to) and found that another two or three miles would put me at nearly 16 miles for the week, a first for me and exactly the number I need to average in order to make my goal of 800 miles by the end of this year.

Through my window, I saw the sky had already softened. The marine layer crouched on the horizon ready to enfold the sun as it sank into the Pacific.

My hands slipped from my keyboard. I got up and walked down to the edge of the world.

This is how I’ve come to think of the cliffs that run along the ocean a few blocks from my house. When I started out last month, my feet took me there without asking. It is the place I first walked after moving here nearly fourteen years ago before the boxes and furniture had even arrived from New Jersey.

I recall the moment I turned left at the bottom of the hill and almost forgot to breathe in the middle of all that blue above me and at my feet. I braced against the joy that stole over me, the way I used to when I was on vacation and had to remind myself that I’d soon be going home.

Then it hit me. I was home. 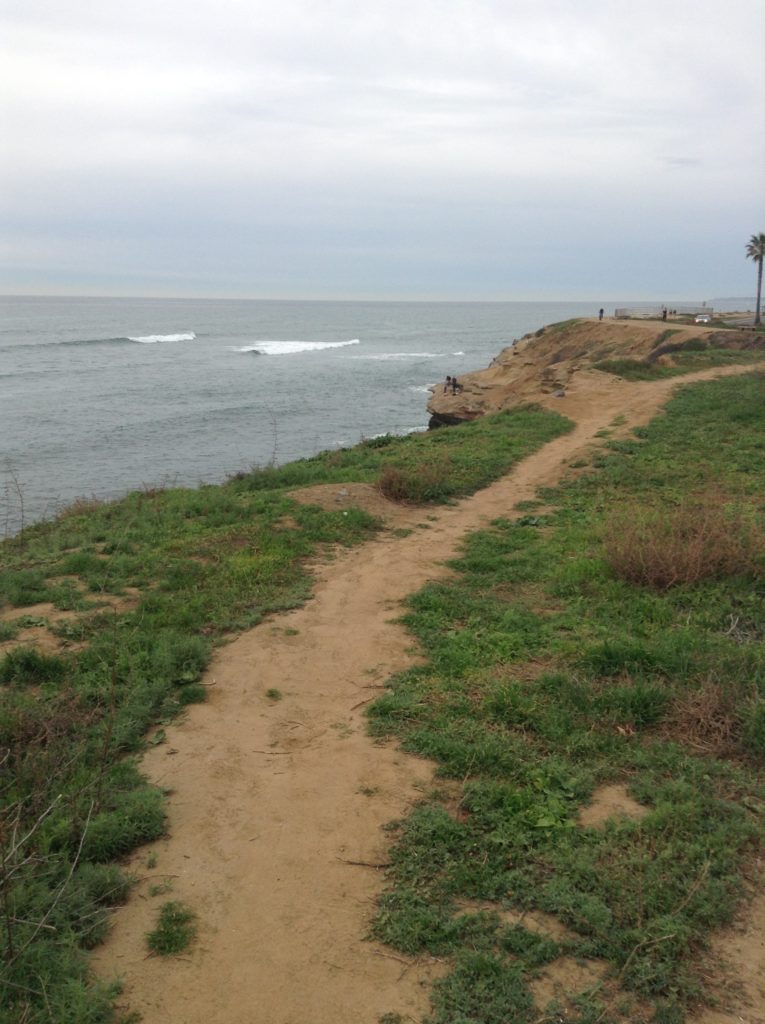 When I set out on my inaugural walk of the year and for this project, I believed I was starting with the familiar cliffs just because they were close and easy. Then I learned they are not familiar at all; they are shape shifters, sirens. The world of the cliffs alters with the light, the tides, the surges of people who visit with their dogs, their surfboards, their car stereos. The surges of storms that start somewhere near Hawaii. 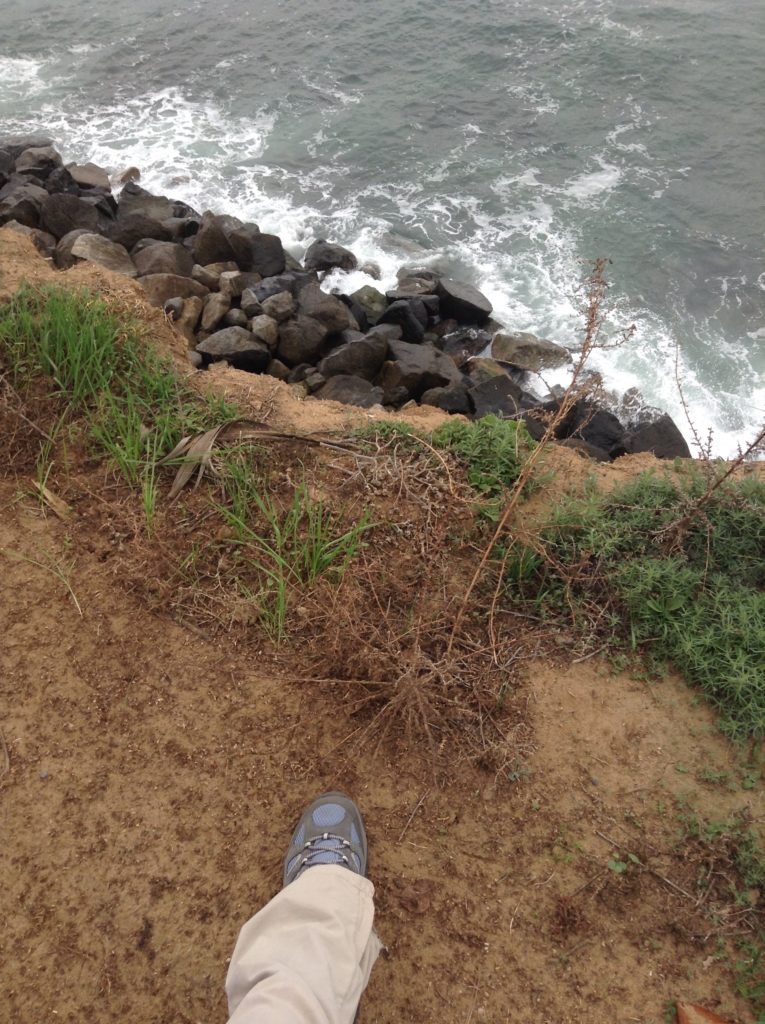 As I walk along them, edging closer and closer to the chapped lip of sandy path high above the water, I see for myself how fragile the cliffs are. They slope and crumble towards the water that swirls below. They make no promises to those of us who are traveling along the path, or the barefooted surfers who run past the warning signs and down the sides like amphibious goats, or even those who simply come to park and look. There are deaths here every year. People tumble off. Surfers who are not from around here find themselves trapped in an unpredictable winter ocean, unable to ascend the cliffs.

Still, they are holding me these days as I make my way along them and into the rest of Sunset Cliffs National Park. They also hold surprises. Here are a few they offered me: an art installation, a bride and a groom, a piano concert on a late Sunday afternoon.

Before I do, though, here’s an update on my trekking. In January: 47 miles. February: 16 (so far). I have a few thoughts about the counting and the measuring not to mention the shifting landscape in my body and my mind which I hope to touch on soon. The problem is, the more I walk, the more I want to walk. As I type these words, I’m stealing glances out the window. My feet are squirming in the slippers I wear around the house. Maybe this is the enthusiasm of a newbie. Maybe it will wear off. Guess I’ll find out.

It’s time to get out there.

Art on the Edge of the World 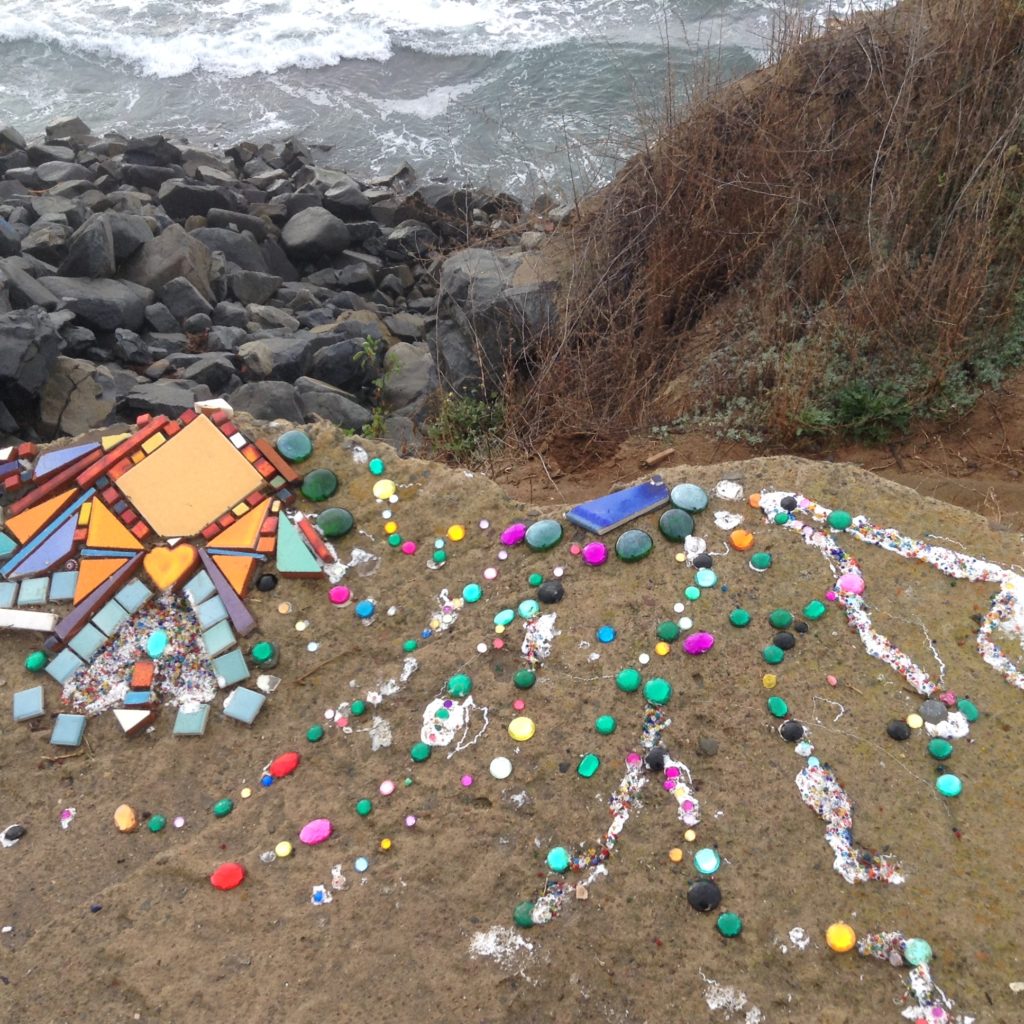 Love at the Edge of the World

A Man, His Piano and His Dog: Beautiful Music at the Edge of the World

Late in the Day at the Edge of the World 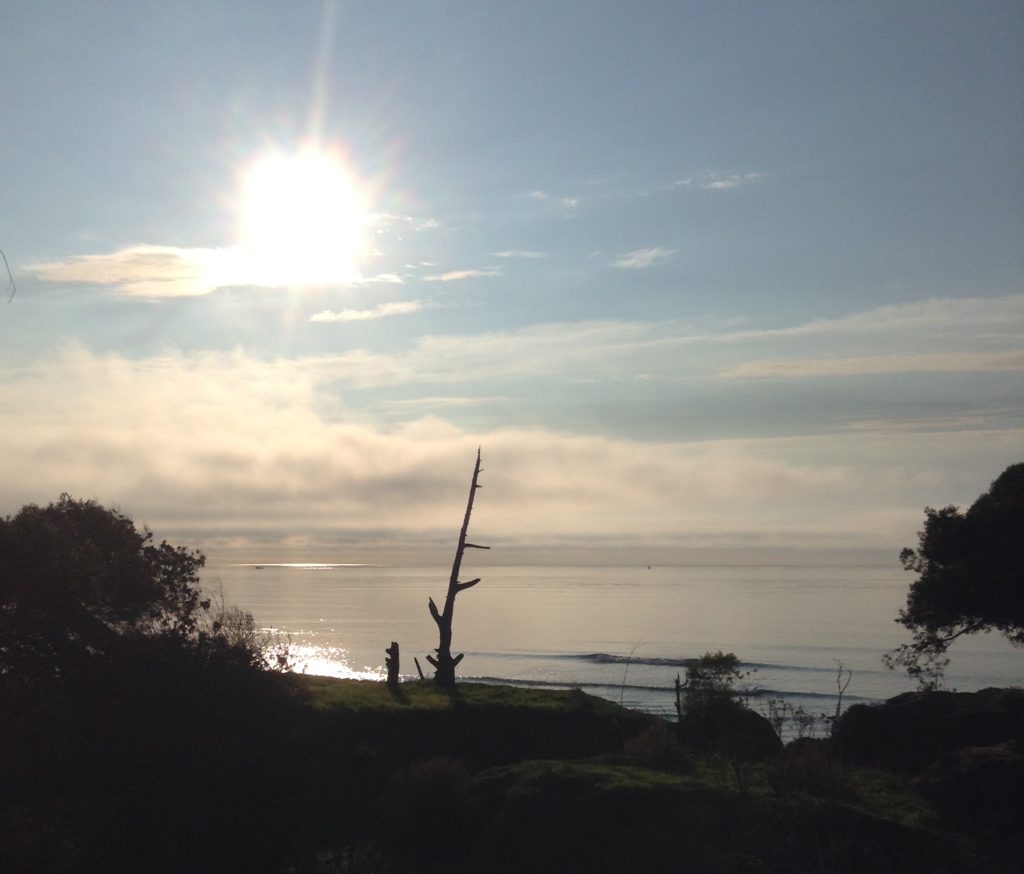 12 Comments on “The Edge of the World”