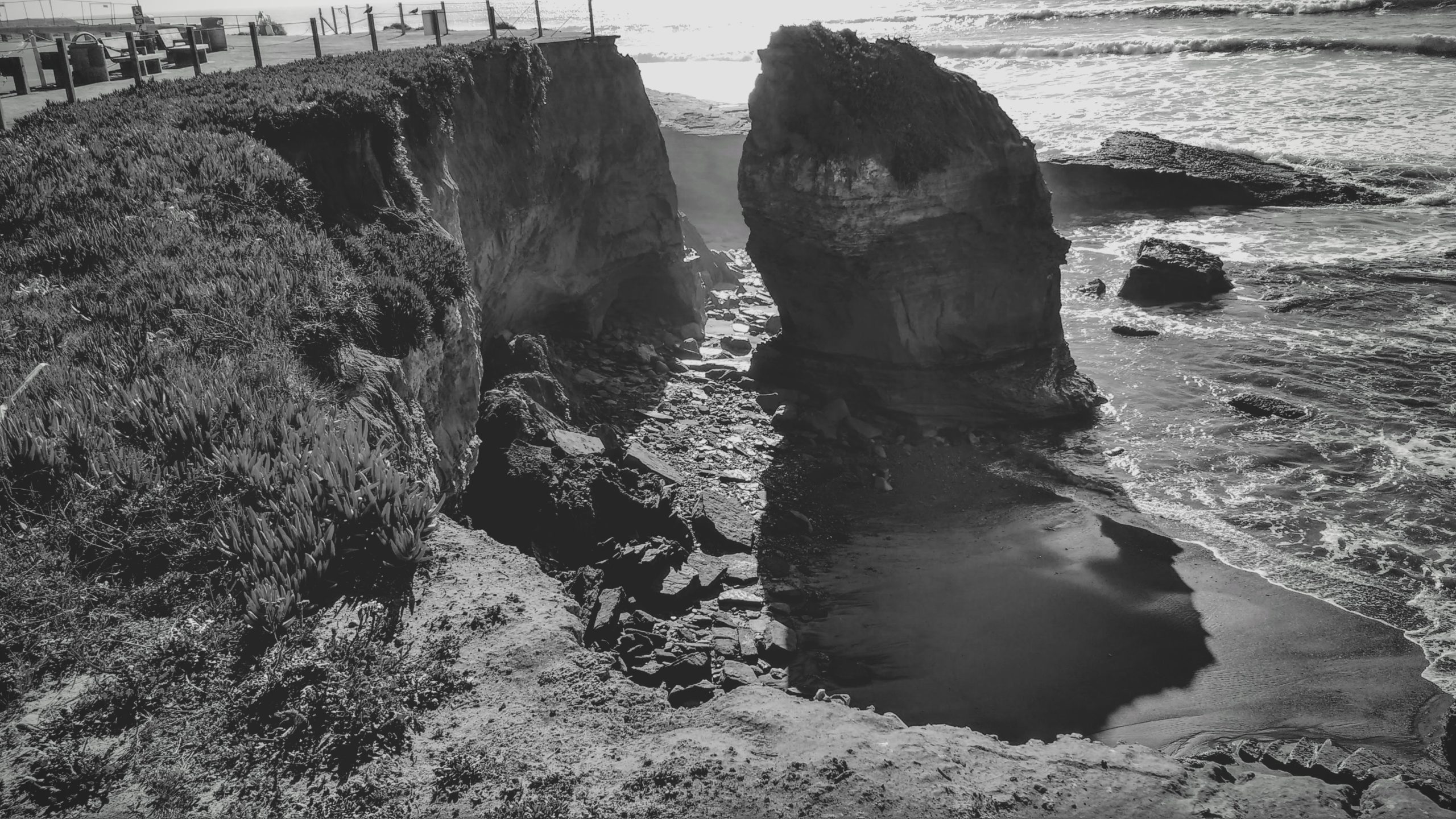 “The waves broke and spread their waters swiftly over the shore. One after another they massed themselves and fell; the spray tossed itself back with the energy of their fall. The waves were steeped deep-blue save for a pattern of diamond-pointed light on their backs which rippled as the backs of great horses ripple with muscles as they move. The waves fell; withdrew and fell again, like the thud of a great beast stamping.”
― Virginia Woolf, The Waves

It began with a crack. We all noticed it shortly after Christmas, a snake across the pavement where sunset lovers park to watch the waves. Not long after a fence appeared, warning cars and pedestrians to stay back. And then the cliffs separated altogether. The power of the storms combined with the drought took another chunk of the cliffs. Lately I notice even the calmest of waves move with a quiet, relentless power, the last white froth sinking like fingers into the rocks before receding, taking the smallest grains back with them. Each time. Again and again. I’ve been walking regularly for over a year now, not every day and not always as far as I would like, but it is now part of me. I look for that moment each day when I can get outside, get my feet moving, let the thoughts in my head go for a while. Walking has become as important to my writing as sitting in the chair.

Along the way, I usually find at least one thing that catches my eye or snags my attention and sometimes I just want to share it as I find it. No long essay. No attempt to make meaning other than what is right there. If the moment captured is not from the day I post, it means I have been casting back in my memory and photo records of my walks and unearthed a nugget I think you’ll like. I invite you to comment and share your own photos of “Todays Walk.” You can  post here or join me @EGMarro #todayswalk on Instagram, or on Twitter or Facebook.