Above: Four minutes of fun in Bettina’s Minimalist Kitchen, “The White Box” (In English with subtitles).

The urge to purge seems to be running through my network of friends and family like the cold that’s been making the rounds. Last week, I was flat on my back with just enough energy to watch the entire first season of Shameless (British version) but everyone else, apparently, was seized with the desire to jettison dead weight.

A friend from New York, returning from more than a year in India, found that all those boxes he’d put into storage were filled with things he didn’t need or want. A couple who enthrall us with stories about their decades of traveling the globe by bike, foot, or by any means available, pitched nearly all of the Kodachrome slides documenting those trips into the dumpster last week. I’ve found no fewer than 100 blog posts about spring cleaning, de-cluttering and in Sunday’s New York Times an entrepreneur proclaimed the benefits of downsizing with a zeal that almost made me want to get up, get dressed, and throw some stuff away.

I’m guessing I score 6.5 on the scale from 1 to 10 where 1 equals extreme hoarder and 10 equals Bettina, the minimalist decorator in Absolutely Fabulous who believes a stove just clutters the kitchen. My score is undoubtedly influenced by my mother, a woman who believes that one of the best ways to work out solutions to life’s problems is to clean a closet, something she’s more than happy to do for her children whenever she visits.

But that’s a post for another time. Today, it’s about the stuff that has survived my mother, the twenty-six moves I’ve made since I was seventeen, and our recent efforts to downsize. They’ve become companions of sorts, the kind that tell me more than I sometimes want to know about the person I used to be and have become.

Embarrassing but true: I still have the shreds of a blanket I’ve owned since I was ten years old, itself a replacement for the “bankie” that preceded it. Somewhere in the garage there is a box with a pair of denim overalls that I wore when I was seventeen and the soft cotton maroon shirt I liked to wear under it. I own a pair of faded blue short-shorts that I could, in my twenties, wear without blushing. Ditto for a black Betsey Johnson dress, a tube of shirred lycra that I’ve only ever worn once in public. If I could bottle the feeling I had when I wore it, I’d make millions. I don’t recognize the woman who wore that dress but coming across it in my closet triggers a feeling as warm and dangerous as a secret love. I own a beat-up stethoscope given to me when I was twelve. I carry it in a hat box that also contains an Eisenhower silver dollar, one jade earring from a pair given to me by my mother upon the publication of my first magazine article. And I have a metal file box that contains artifacts from loves that failed. At least I think it does. I haven’t looked inside for years. 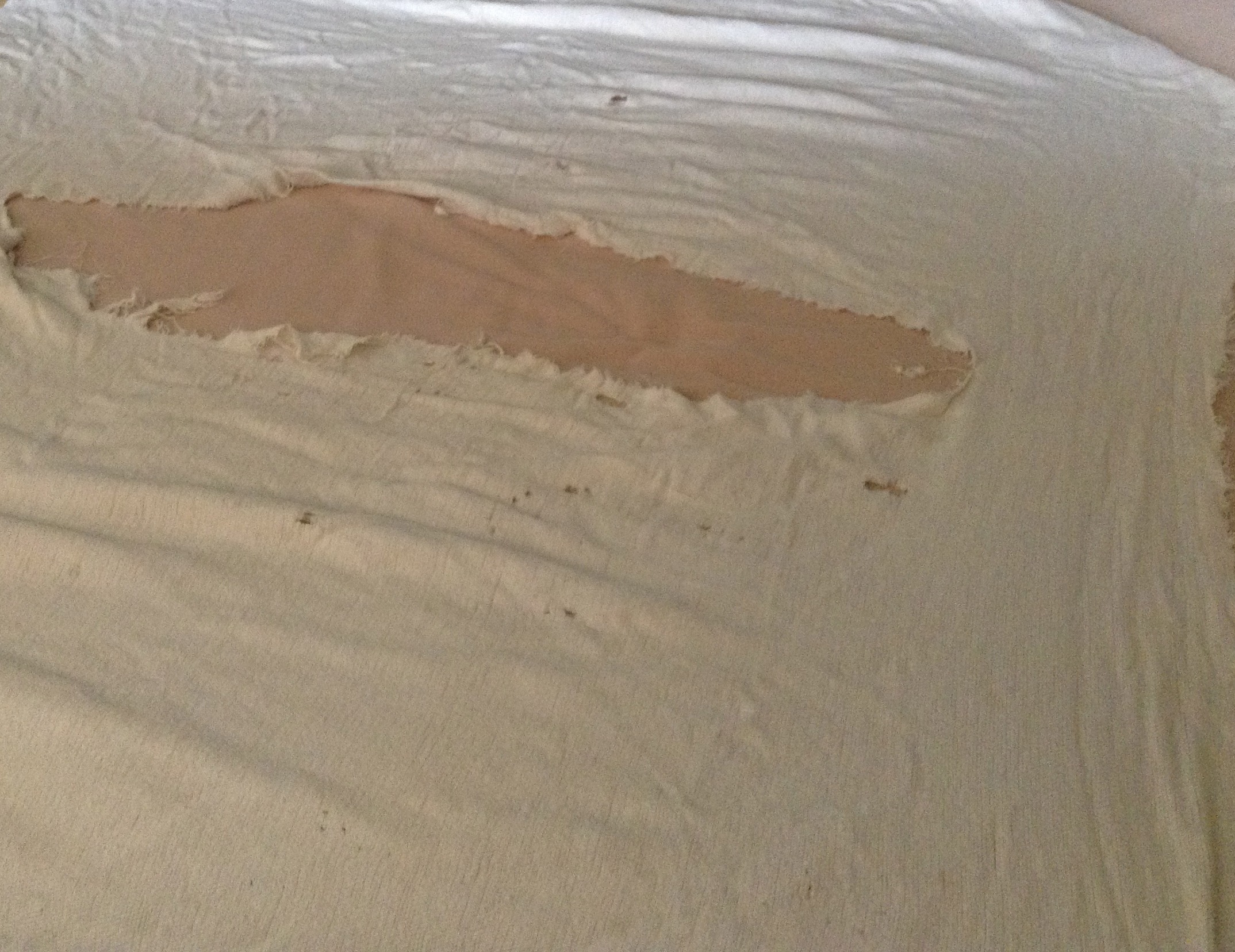 On the less embarrassing side: I have kept every note, card and letter my husband has ever written to me and when I come upon them, I read each all over again, tracing the arc of our story so far, loving him and loving that we have not, will not fail.

I can trace the growth of my son in the artifacts I find: baby book, drawings, Mother’s Day cards, report cards, diploma, photographs, clippings from Colorado newspapers about his business from its earliest days to now.

In its own padded box, there is a blue and white ceramic jar that contains the fragments of dried rose petals. It belonged to my grandmother and my father tells me the dust could be all that remains of roses given to her by man she loved before he left to die in World War I. I want it to be true.

Shelves Are A Wasteland Without Books

Then there are our books. When our realtor advised us to empty our book shelves to provide prospective buyers with a sense of more space, I was incredulous. It was like asking us to bury our best friends, the ones who never let us down no matter how many times we read them,mark them up, or accidentally drench them while reading in the tub. Wouldn’t it look silly to have a lot of book shelves with no books? Not, apparently, in the age of e-readers.

As much as I try to cling to the things that matter, though, they sometimes slip from my grasp. The mate to the jade earring from my mother disappeared years ago. An eccentric and nosy landlord once came into my apartment and “recycled” some papers I had unearthed from storage — everything I had written the age of sixteen to twenty four. A hard drive failed, taking with it two years of correspondence with one of my best friends. He died last year.

These losses did not make me feel lighter or more free in the way, say, tossing out magazines or giving away old but usable clothing can. The things I cherish connect me in some vital way with people I love or times in my life that helped shape who I am now. The losses of these things are sharp reminders that we don’t get to keep anything or anyone we love, no matter how much we want to or how hard we hold on.

Some links to more on things and what they say about the people who carry them:

From Flavorwire:
Children and Their Toys From Around the World

3 Comments on “Urge to Purge”