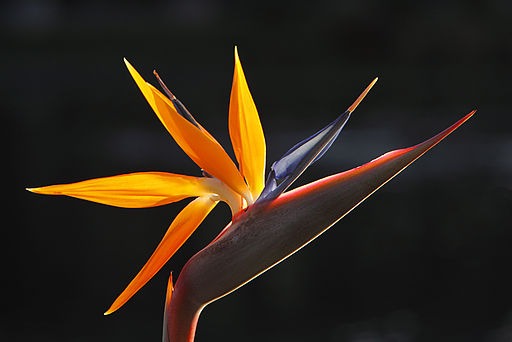 Her name was not Nadia which means hope or desire. She was named for a mythical bird whose feet never touch the ground. Her privacy is important, though, so Nadia it is and, like her given name, it fits her.

She did hope. She did desire. And her feet never touched the ground for the entire hour I knew her. My husband and she began talking in the line at Phillipe’s one Sunday afternoon while I secured a table. We were there to grab a French Dip before a Lakers game. She too was there to buy a sandwich but seemed a little confused by the options.

I saw them laugh. Then I saw my husband point and begin to describe the choices — I know this because even though I couldn’t hear them, his hands described the shape of the bread, the dipping of the bread, and the layering of lamb or beef. He is eloquent with his hands.

She smiled up at him. I wasn’t jealous because as attractive as she was – with her swirl of auburn hair, eyes the color of rain-soaked cypress bark, and a lush Ava Gardner mouth – I was only fifteen feet away. And she was in a wheelchair. The gleaming motorized chair made it safe to admire her, easy to be happy that she’d found my husband to help her. Easy to assume lots of things that turned out to be wrong.

He glanced up to look for me and I waved. I knew we would be having company for lunch. I saw him lean down and carefully take her wallet. He plucked out some bills, handed them to the cashier, and returned the change and the wallet to Nadia who had trouble holding onto it. Then he picked up a tray with three sandwiches and she followed him to the table I’d found.

Minutes later any notions that we were being charitable skulked away. Nadia wasn’t interested in making us feel good about ourselves. She was only mildly interested in the sandwich my husband cut up and set before her. She wanted more. Much more.

“You have a good man,” she said after we’d established that we were the same age, she was married with three grown children, had emigrated to Los Angeles years before, had recently earned a degree in social work, and had muscular dystrophy. Her condition was another reason her sandwich lay between us mostly untouched. The mechanics of lifting a piece to her mouth and then swallowing without difficulty were arduous and time-consuming. She could eat it later; now she wanted to talk. She fixed her beautiful eyes on me and leaned closer.

“Are you in love with him?”

I didn’t have to think but I did have a mouthful of lamb sandwich. “Yes,” I told her as soon as I’d swallowed.

At this point, my husband disappeared from my peripheral vision. I don’t know if he left the table or simply leaned back to give her, and himself, the illusion of privacy.

“What does love feel like you mean?” I asked her.

Nadia’s fingers wiggled dismissively on the arm rests of her chair. “Not family love, not friendship. What does it feel like to kiss romantically, to want to go to bed with a man?”

What words to use? As I struggled to answer her, she told me that her husband was much older. They’d been engaged when she was thirteen, married when she was fifteen. “I ran away when my parents first arranged the engagement.” She loved school and wanted to finish. Agreements were reached and she married at fifteen. Three children were born, two sons and a daughter. All left their country at different times and gathered in a hotel before making their way to the United States. In that hotel, she fell the first time. The diagnosis came shortly after. Over the years, her disease progressively worsened until she could do little for herself and depended on her husband, her children, the caregivers who came every day to help her bathe, dress, and eat. Her husband worked nights and slept during the days. He was home as she spoke, she said, sleeping.

“I am lucky. He has been good to me. He never left me,” she said in the way someone recites a prayer they have said so often they no longer hear the words. “But it is not love. It is not romantic love.”

Her caregiver, she told me, was divorced and had had three boyfriends in the time she’d known her. There was always something dramatic, something romantic going on for this woman.

Nadia wore the evidence of love bestowed. Caring, experienced hands had styled her hair, traced her eyebrows with pencil, colored her eyelids with the right shade of shadow and not too much of it. I thought of the daughter who she said visited her often and worried whenever her mother left the house and how Nadia had managed to leave the house anyway, to get a degree in social work, to ride a bus from a nearby city to Phillipe’s just to taste a sandwich she’d heard about on television. I thought of how easily she had engaged my husband and how naturally it came about that she joined us for a meal. She attracted people. It was not surprising when she told me that she had attracted a man in one of her classes.

“We talked all the time. We both knew there was something there but he said to me that going any further was pointless. It was impossible.”

For anyone else those moments might have been idle flirtation, a chance at a few dates, or even the beginning of a love affair that would soar, or crash and burn. For Nadia it was a whiff of what she wanted and believed she would never have.

I decided not to say what she so clearly understood and had probably heard before: that she was fortunate to have a loving family, that there were deeper kinds of love, possibly better love, that love born in desire and passion can sometimes leave us emptier than when we started. I didn’t say that love — any kind of love — was a crap shoot, a matter of luck as much as anything and that even people without a debilitating disease can wander their whole lives and never really find it.

Nadia wasn’t asking to be told what she already knew. She wasn’t asking for guarantees. She just wanted to the chance to try it herself. Failing that, she wanted to know from another woman what it felt like to be passionately kissed, to be held by a lover. With the directness of someone who knew there wasn’t much time for niceties, she asked me, a stranger she would never again see, to tell her.

I did my best.