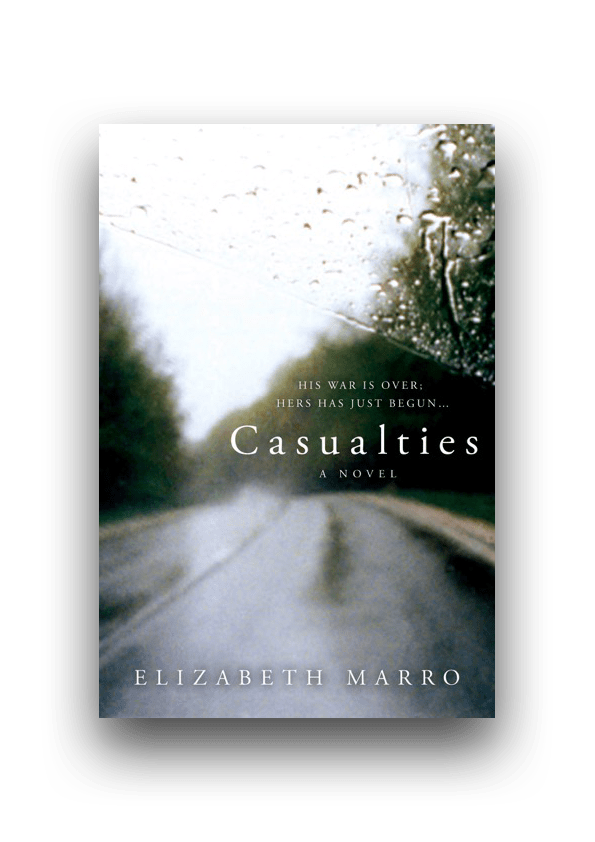 “How do you survive the unendurable? Marro’s gorgeous debut is about war, grief, guilt, and grappling with the truths you don’t expect, and finally taking the risk and acknowledging the ones that you do. Moving and full of heart.”—Caroline Leavitt, New York Times bestselling author of Is This Tomorrow and Pictures of You

“… this powerful first novel will leave the reader reflecting for days.- Library Journal

“Marro’s perception of the hurt and guilt her characters carry is deftly portrayed… Marro provides a clear sense that, while the past can’t be undone, the future always offers a chance to make amends, and the human spirit can triumph over pain and find hope in family and forgiveness. Marro casts a ray of hope that a good life can be lived after terrible tragedy.” Kirkus Reviews

“There’s an emotional jolt early in the pages of Elizabeth Marro’s debut novel Casualties that reminds us not all battle scars start on the battlefield. The bell-like tolls of this tragic event will reverberate throughout the rest of this heartbreaking novel as Ruth and Casey, two strangers broken by grief and regret, reluctantly join together on a cross-country road trip. Elizabeth Marro made me care about these two people so much that by the end of the novel I’d forgotten they were fictional characters and I was ready to call them up to see how they were doing and if they’d finally found their way toward peace and forgiveness.”—David Abrams, author of Fobbit

“With its gripping plot and seasoned prose, it is hard to imagine that Casualties is Elizabeth Marro’s debut novel.  She writes of a mother’s worst nightmare, and offers no easy answers.  By the end of her novel we care for her characters, and hope that each can find the elusive redemption they so desire.”—Alan Russell, bestselling author of Burning Man

“Conflicting human needs, difficult choices, missed opportunities, and the random luck of the draw challenge the true-to-life, complicated characters in Elizabeth Marro’s page-turning novel. This is an important story set against the drama of today’s volatile world that asks moral questions yet, ultimately, resides in the heart.”—Judy Reeves, author of Wild Women, Wild Voices

“Marro’s debut novel is thought-provoking and has the tendency to tug on one’s heartstrings. This novel is a real eye-opener.” Four Stars. – RT Book