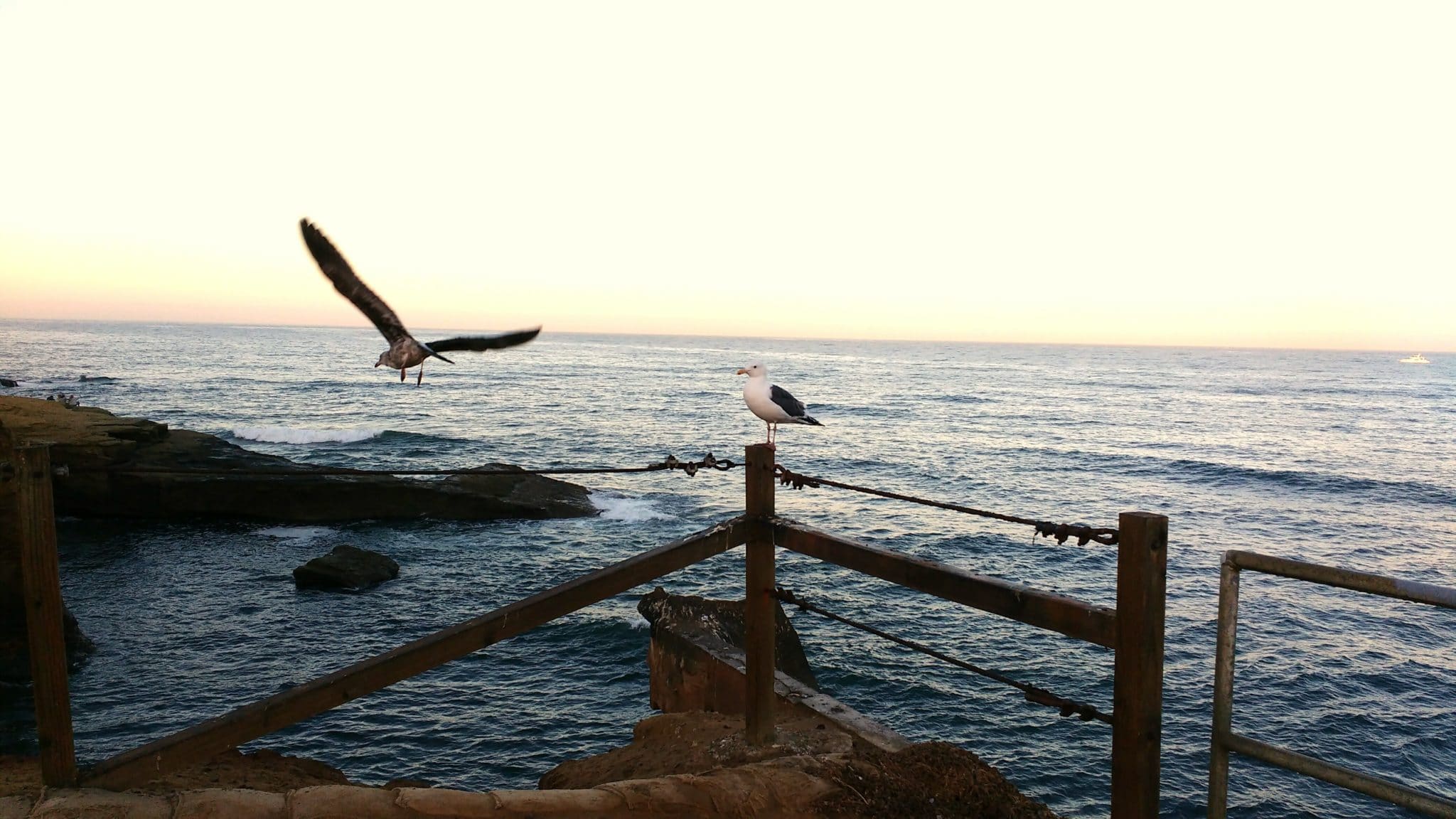 ― Gregory Maguire, Out of Oz

The birds of Sunset Cliffs live on the edge. For so long I walked along, barely registering them except to restrain my once young dog from chasing them over the rocks into the ocean. Now that I’m on my own, they have moved from the periphery of my vision to the center. I look for the pigeons clustering along ledges in the cliffs. I watch for the flash white as gulls arc against the morning sky or see how close they will allow me to come before they leap off the edge of the rocks and dive to the water below.

The cormorants clustered on their own, proprietary rock just off shore,  sent me to the Cornell Lab of Ornithology to learn why they were lifting their wings like Dracula preparing to swoop. Turns out, their feathers do not shed water. They are simply hanging themselves out to dry. I’ve begun to notice that the gulls are the early risers although very few of them appear much before  six o’clock in the morning. The pigeons emerge later, usually by 7 at one of the parking areas where a man brings bread. By mid morning, on a sunny day, all are resting on the ground along the cliffs, occupying spots reserved apparently, through some kind of avian negotiation, for their own kind. The pelicans command attention and resist my efforts to capture them on film while in flight. Many times, I stop walking and look up as a squadron passes overhead, chins tucked, wings barely moving, communicating so closely with the wind and each other that the rest of us are irrelevant. At rest, they are the guardians of the pier. Once I started paying attention, I started to see the precariousness of their lives. I’ve seen three gulls with one leg. I’ve seen young pigeons lose crumbs of bread to bigger, fatter, more experienced birds. I’ve watched winter storms drench the cliffs, roil the waves, toss the littler ones around like confetti and I’ve seen day after winter day how the gulls and the pelicans stare at the white caps of a winter ocean waiting for it to calm enough to fish. But I’ve also seen this: a pigeon couple courting and then coupling in the middle of long afternoon of blue sky and sun, seizing the moment and then turning as one to face the ocean and the sky and whatever the future holds.