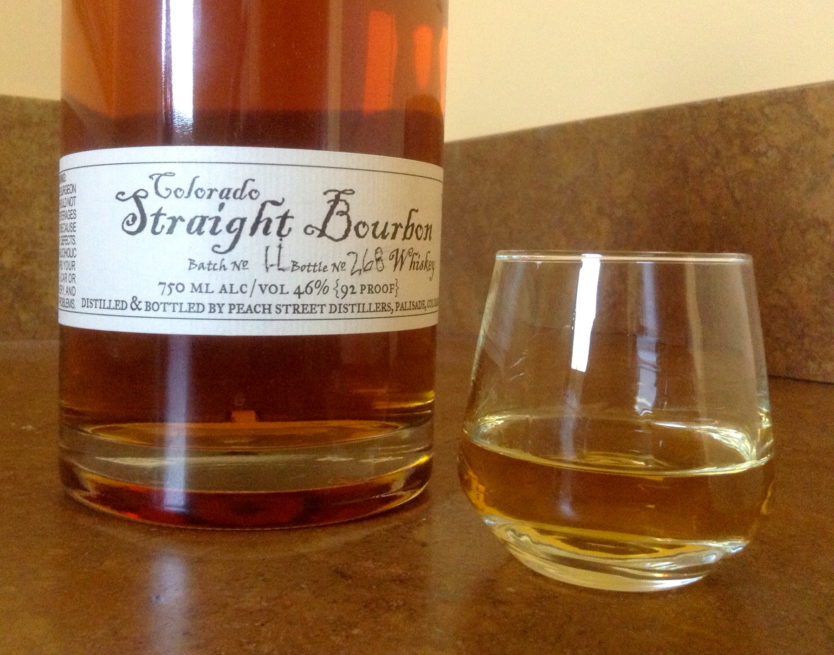 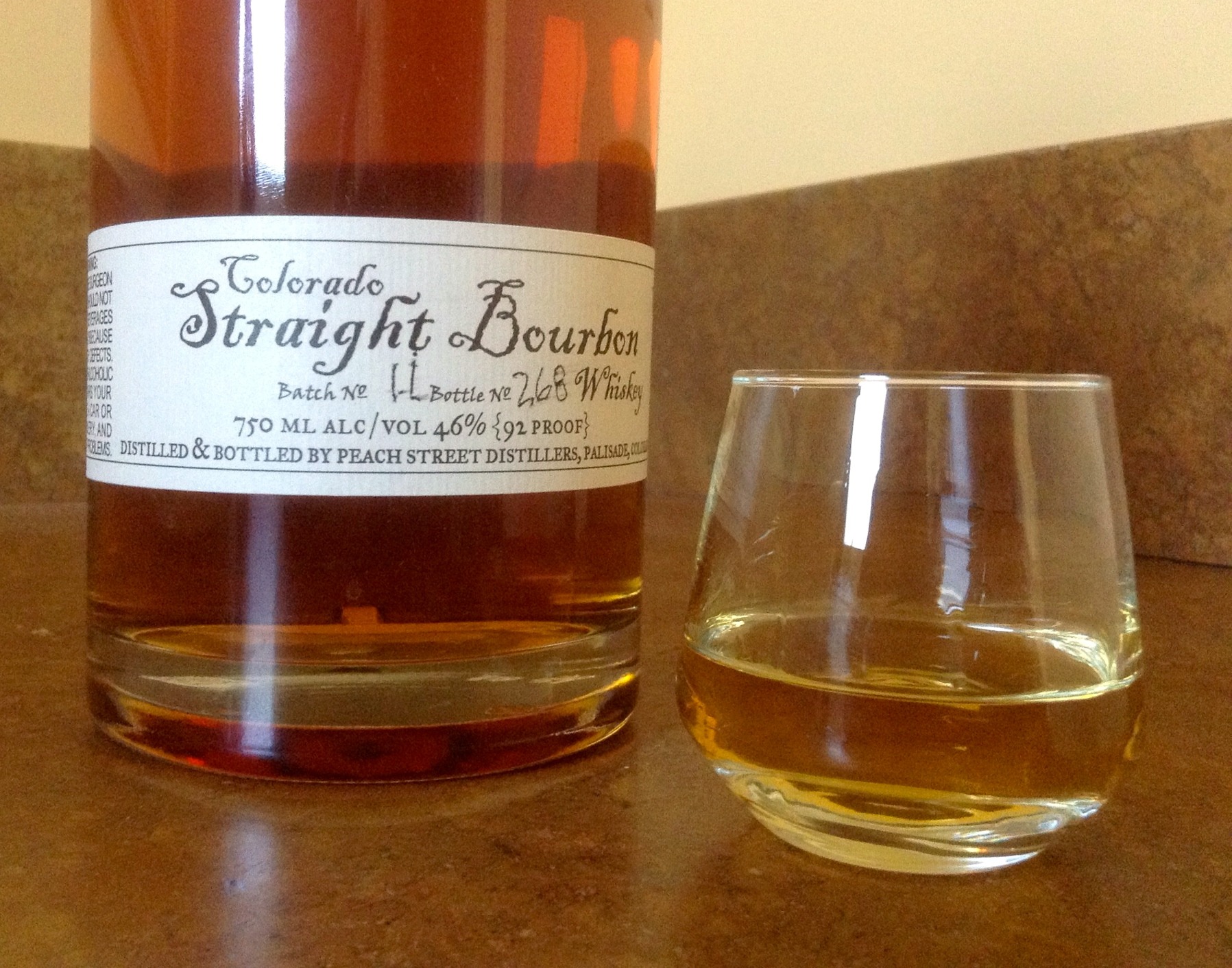 The distiller and I are sitting across from each other in the swelter of a Denver June afternoon, three tiny unlabeled bottles of bourbon lined up before us. He pours from one into a scratched goblet that will serve as a snifter, lifts it to his nose, and then offers it to me like a teacher holding out a piece of chalk.

Our classroom is the backyard of the rented house that he shares with his girlfriend, his Bassett hound, a cat, and a roommate to help pay the rent while he gets his business off the ground. He is showing me how to taste the spirit in which he has invested thousands of hours and dollars that he has scraped to earn, borrow, or finance at vertiginous rates on credit cards. As with wine, there is the “nosing,” the swirling, the chewing, the spitting, but the step that follows the first taste is the one that gets my full attention.

“Warm it,” he instructs. “Cup the glass in your hands, like this. Bring it in close, hold it next to your heart.”

The moment feels as fragile as the glass in my palm. I know from experience that one false move can shatter it.

I swirl and swish. While my nose strains to pick up notes of oak, the judge who lives inside me inhales a whiff of old anxieties. The distiller is my son. There is the matter of the credit cards, the nagging concern about the business he’s chosen given his past, complicated relationship with alcohol, the kinds of things mothers are supposed to worry about. I have a list of those things. It seems to write itself during the long stretches between our visits, it unfurls in my brain after our phone calls which often leave me with more questions than they answer. The details of his days are lost to me and so I fill in the blanks with pictures patched together from casual references, the sudden silences when I ask a question that goes too far, or assumptions based on the boy I knew who lived with me for sixteen years. It’s my job to worry, I used to tell him with a smile meant to smooth things over between us.

But I’m no longer sure what my job is when it comes to him. I weigh the fear in my heart as the glass warms in my palm. I’m tired of this worry. It seems to have outlived its usefulness which, I am beginning to understand, was only useful to me. I believed it tethered us but in fact it has been driving us apart for years. It has never stopped anything bad from happening. It has never helped anything good happen. And right now I am sitting in the sun occupying a moment with a person I have loved his whole life and I want to savor it. All of it.

I take a sip. The bourbon settles on my tongue and begins to release its history layer by layer. He talks about the charring of oak barrels, the differences between this and whiskey aged in peat but I’m letting the warmth sink into me. I’m thinking about how competent he seems, how intensely serious he is about what he is doing, how undeterred he has been since he started down this road, and of how little he wants or needs the things I used to provide.

It occurs to me that this moment is the distillation of every one that had has led up to it beginning with the moment he slithered out of my body and began to breathe on his own. It holds the echoes of the social worker who tried to convince me at eighteen to give him up to older parents who were ready in ways I could not be. It grew from the doubt and fear of being responsible for a person’s life along with the determination to hold on to him and prove her wrong. It contains the ache I felt when, sixteen years later, I realized I needed to find him a safe place to finish growing up even if it was over two thousand miles away. In this moment are the lessons I’ve learned and relearned in the nearly sixteen years since then about what I can control and what I can’t and that being his mother means, ultimately, letting him go.

The fact is, he’s done fine. He’s done better than fine even with some false starts and some painful setbacks that I sometimes knew of but other times discovered after his wounds had healed and the lessons they taught, absorbed.

The glass in my hand flashes in the sun and seems to expose my worry for what it is: a reflex and something I need to fill spaces left empty by my job, by the writing I haven’t started yet, by the need to define myself to others according to his successes and failures. I have been afraid that if I stop worrying, I will be letting him go. If I let him go, I will lose him.

This realization opens inside me like a window and before I can do much about it, the fear slips out. I am left with my son, his eyes shining with enthusiasm and some surprise — I haven’t interrupted him once since we sat down. I am left in this moment full of sun and promise and a kind of stillness we have never shared before.

In the five years since that visit, he’s moved from that backyard to Grand Junction. The distillery thrives and so does he. We’ve had more moments since then. Some perfect, some not. Keepers, all. But here is the one that I summon up when I come home and begin to wonder again how to be a mother of a grown and still-growing human being:

We are driving to the tiny Grand Junction airport after one more visit that in the old days I would have complained was too short. The hot breath of the high desert blows through his truck windows and surrounds us. There is so much I want to say but I don’t trust myself to speak when we are about to leave each other for another long absence. My son reaches over and closes his hand around mine. His palm is rough against my skin, his grip gentle and unhurried. I say nothing. I don’t think about when he’ll have to let go. I taste the moment fully, breathe it in. I hold it close to my heart. 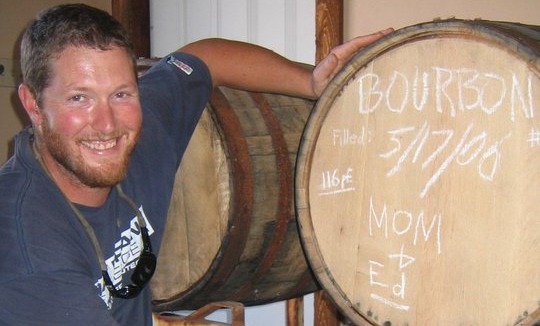 If you find yourself thirsty for more information about this bourbon and other fine spirits, here’s a video and a link to the site for Peach Street Distillers.