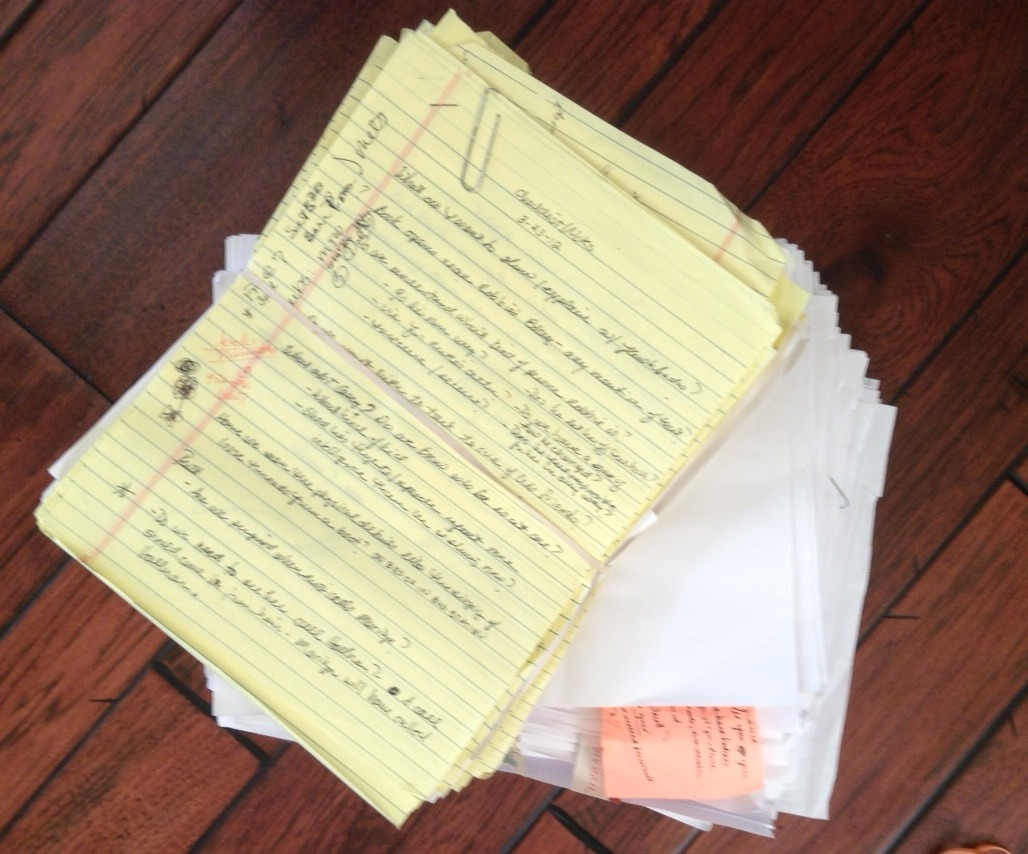 As I mentioned last week, there’s a viral blog event going around called “The Next Big Thing” in which writers give a glimpse of works in progress by answering a set of questions. I’ve been tagged by two fellow writers. Rae Francoeur is author of the memoir, “Free Fall: A Late-in-Life Love Affair.” Find out about her Next Big Thing. In addition, I’ve been tagged by Matt Coyle, author of the thriller “Yesterday’s Echo,” due out in May. Click here to read more about Matt and his book. I’ve tagged three folks too and you can find out more by clicking on their links at the end of this post.

And for some insight on my “Next Big Thing,” read on.

What is your working title of your book?

Where did the idea come from for the book?

I started with an entirely different story, about a woman who leaves. That’s all I had: her name, her face, and her departure. I knew that everything leading up to her departure was rooted in a past I needed to uncover. When I realized that she lost her only child, I realized I was writing one of my about my worst nightmares with the idea that if I could figure out what would happen under the worst conditions for my characters, I might learn something. There is nothing that happens to Ruth, my protagonist, that couldn’t happen to any one of us.

Environmental factors played a role too. I live in San Diego, a nexus for the military, defense industry and civilians. You learn quickly that there are no real boundaries between these groups. Individuals — neighbors, strangers, family members — cross from one to the other as they make difficult decisions and try to do what is right for themselves, their families and the country. What can often be invisible elsewhere in the country is very visible here.

What genre does your book fall under?

I aimed for what editor Amy Einhorn calls, “the sweet spot between literary and commercial.” This is a novel that a book club could sink its teeth into.

Which actors would you choose to play your characters in a movie rendition?

Casey: Aaron Eckhart. Dennis Leary. Willem Dafoe. All three are a little too old to play Casey but all of them can play that combination of intelligence, seediness, and heart that would bring Casey to life. I love them all, by the way…

What is the one-sentence synopsis of your book?

Before single mother and defense industry executive Ruth Nolan can bury her only child, a Marine who has committed suicide, she must choose whether to salvage what remains of the life she has built, or risk it all by helping war-zone contractors harmed by her firm’s negligence.

Will your book be self-published or represented by an agency?

I am seeking representation and have been excited about the initial reception. We’ll see where that leads. I am open to all possibilities.

How long did it take you to write the first draft of your manuscript?

Too long!!!! The first scenes in what became my first draft are dated 2003. However, what I consider the real first draft happened in 2007 when I tossed out 600 pages. What remained formed the heart of the book that has emerged.

What other books would you compare this story to within your genre?

Like Kristin Hannah’s Homefront, Casualties brings to life the cost of war paid by those who fight and those who wait for them, but goes further, delving into the largely invisible world of the defense contractor and the tragedy of military suicides. The story, however, is not a story of war, and the book does not advance a political agenda. Like the novels of Ann Patchett (State of Wonder), or Barbara Kingsolver (Flight Behavior), Casualties keeps the focus on the conflicting desires of its characters and the choices they must make.

Who or what inspired you to write this book?

My husband was the one who inspired my confidence and challenged me making it possible for me write full time for the past two years. He has never wavered in his confidence in me and I draw strength from that daily.

What else about your book might pique the reader’s interest?

Ruth’s story is only one of the stories told in this book. When she flees from her California home with her son’s ashes, she encounters amputee and would-be conman Casey McInerney, a veteran of the first Gulf War with his own demons. As they journey across the country, they force each other to face the grief, guilt, and fear that have governed their decisions for longer than either of them realizes. They help each other take the first steps toward making peace with themselves and the ghosts of those they’ve lost.

Now I have some wonderful writers for you to check out. Next week, or very soon, they will be posting answers to questions about their latest projects as part of the Next Big Thing blog tour.

Pamela Hunt, freelance writer and author of “Walking on My Hands,” a blog in which she shares her journey toward “learning to live with grace.” She’ll talk about her novel, a work-in-progress.

Gail Chehab, author of The Echo of Sand” and, most recently, “Simple Gifts.”